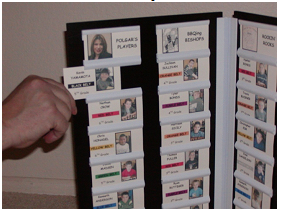 Competitive ladders take on many different forms, from a linear list on notepaper to a triangular device of elaborate design. A ladder gives players an opportunity to challenge those who are above them.
Most coaches recommend that you break the kids into groups, at first, based on age. As the group gains experience (and ratings) reform the ladder groups based on ratings. Ladder rules can be flexible and subjective or rigid and defined. The larger the group, the more rigid these rules should be.

LADDER RULES
1. If you challenge someone above you and win, you move to that player’s spot on the ladder, pushing them right below you.
2. You can challenge only one rung above you, unless that person is not present, then you may challenge the next person who is present.
3. Once a player has successfully defended a challenge, that player is not obligated to accept another challenge from that same person.

Sometimes, a ladder will stagnate when a dominant player sits on top. The other players shy away from challenging him/her even though that is one of the best ways to improve. This is a great time to have an intra-team tournament. Quads (groups of 4) are very easy to organize. You direct the students to complete a quad as a way to encourage more competitive games, or you can organize a Swiss System tournament with one game each week. Download tournament documents on the TD/Organizer page. 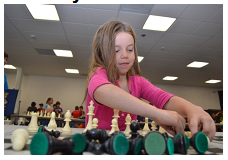 Break things up with a relay race. Obviously, if you are in a small classroom, this is a little tougher. Races can be as simple as setting up the chessboard or finding a mate in one. Have small teams (4-5 members seems ideal). Team captains go last and need to insure all boards are correctly set up (or moves are truly checkmate)!

There are a few apps and some websites that are both kid friendly and effective training tools. Among those apps are Coach Jay’s Chess Academy, which has almost 1300 puzzles of increasing difficulty. Dino Chess and Judit Polgar’s Chess Playground are aimed at a younger audience. As far as websites, ChessKid.com is now very popular as a place to play, watch entertaining and instructive videos, and have fun. Chess Magnet School has 21 levels of puzzles. 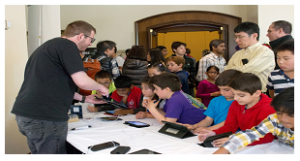 A strong coach or player can play several players at once. With simuls, the keys with newer players is to not have too many kids playing or they will get impatient as they wait for the simul-giver to return to their board. Depending on the strength and speed of the simul-giver, six players is probably the usual limit.
Simul rules vary from region to region. I grew up with these:
Participant does not move until simul-giver has played the move on the previous board (and can see you making your next move);
Participants don’t touch the pieces unless making a move;
Touch move for participants, but simul-giver can change his/her move until making the move on the next board (in 2009, two grandmasters disagreed on this rule at SuperNationals and it made for an interesting debate); and,
Three passes per player only.

I give a lot of simuls from certain endgame positions after teaching the ideas.

Activities that will take some work

Awards (minimum should be certificates) 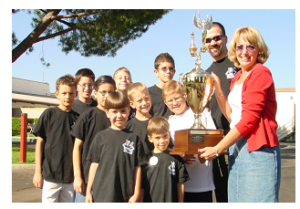 Cup to the Winning Team with names on a plate (board order)
Trophies to Best Board 1, Best Board 2, etc.
Medals to members of winning team.
Certificates to all (“Recognition as a Top 8 Player from Meadows Elementary”)

Suggestions
● Invite one more player than you will use and tell the bottom board that they will take turns with the alternate.
● Get your pizza order (pepperoni, cheese, or veggie) before they start their first game!
● Make placards for each team so the players get a sense of school pride. 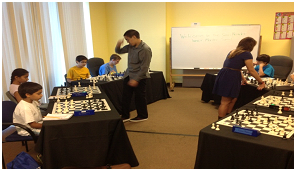 very popular event once you (and the players) get the hang of it.

In Southern California, Sean’s Fund sponsors the annual Master-Junior Simul. Grandmasters give the simul and the young participants (K-12 youths) have an average rating over 2000!

King of the Mountain

– Players move up the mountain as they win (move down when they lose). 3-5 minute games. Black advances moves up with draws.

– Just like it sounds. That kid who always relies on Scholar’s Mate will have to learn how to use the other pieces!

– A good way to keep 4 kids busy while you teach another group. No quick games in Give-away Chess because all the pieces have to be captured! 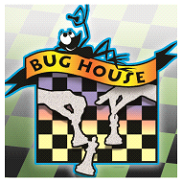 – Play at your own risk!