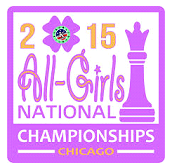 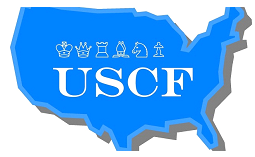 A few things that happened in March, and upcoming events for April

In 2014, the team from Columbia Grammar (New York) won a trip to London! Who will win this year?

Looking ahead to Summer Camps

Formats for day-camps (not overnight)
Full-day vs Half-day and Single Days vs Full Weeks
When running chess camps, you have to decide what format you will offer to the families. I have run overnight camps (ugg – tons of work, much of it unrelated to chess), weeklong sessions (in which we built on the concepts each day and campers were required to sign up for the entire week), and single day camps.
I have found a formula that works for me, but everyone has their own style. My camps for students rated under 1000 are very flexible, allowing students to sign up for as much as an entire week, or as little as a single half-day. We make half-days (9am-Noon, or 1-4pm) $25 and full-days $50. Kids who come for the full day bring a packed lunch. We provide a snack (fruit and cheese or crackers) in the morning and afternoon. No nuts!

At our camps, we use a rotation system with 5 stations:
Instruction, Curriculum, Tablets/Laptops, Free Play, Origami
While not every club is fortunate enough to have an Origami Master, I bet you can find something that gives the kids a break and also gives them something visual to take home with them.

Improving over the Summer

Summer is the perfect time to make huge strides in chess. I encourage my students to attend our free chess club nights, attend classes, camps, and tournaments, and study at home. They can use apps (obviously, I recommend my app because it has 1300 puzzles that I composed especially for players rated under 1000), and online instruction like ChessKid.com. You can assign specific sections of the app and videos on ChessKid.com then review the concepts at class or camp.